I have an unhealthy relationship with graffiti but can't help but love it even if it'd got me into a bit of trouble hahaha.

The urban styles speak to me a lot, with comforting colors but feeling still so bold, a true statement. Even a dick doodle can have depth in it to me!

To me, graffiti is an expression of yourself, and fighting against the modern numbing grey walls of society. Everyone has their own reasons for doing graffiti, with some people only doing tagging which is spreading your name and making yourself known. Graffiti is a controversial art, with even some of my closest friends disagreeing with it. But if I'm honest, without graffiti culture in my life I'd be much more of a hollow person than I am today. 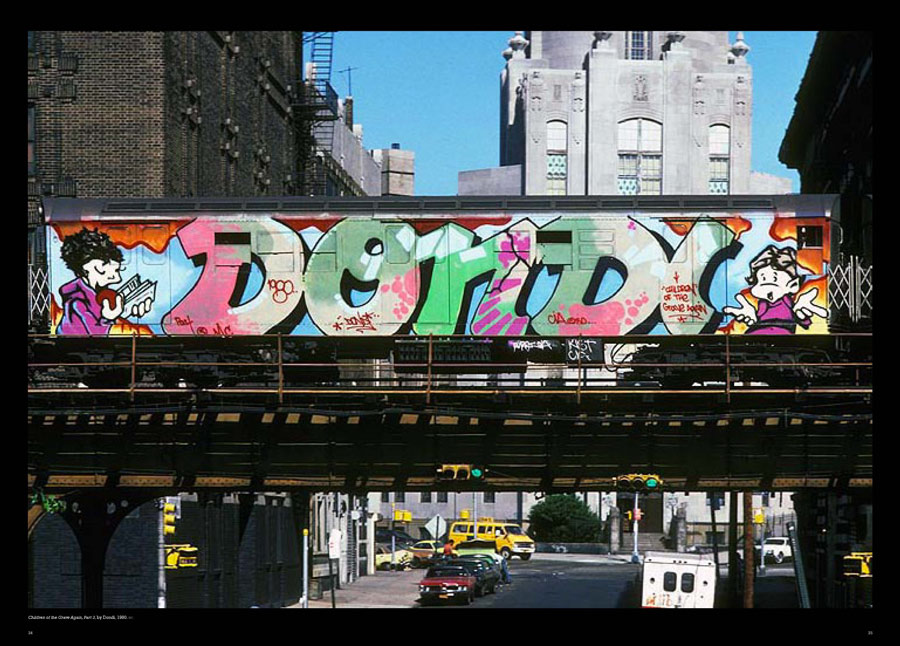 Dondi's pieces are pretty special to me. I've used photos of his work as backgrounds in my computer for what feels like forever now.

Kase2 was an inspiration to me. Not necessarily just his works, but him as a person. Him talking about his story in the 'Style Wars' documentary convinced me I could get out there and do fine graffiti as well despite my disability. Having only 1 working arm isn't going to stop you.

Now despite all that I ended up giving up on my graffiti career at least for now haha. Doing graffiti always was very torturous for my arm and I didn't want to end up losing my only functioning arm, and the results didn't seem to be worth it. During the making of my last throw-up, my hand got so bad I couldn't even manage to press down on the cap at all. I've got some weak ass hands huh. I'm not discouraged tho, even if I had to retire as basically a toy I'm showing my tagger side occasionally in my digital stuff, and wnenever coming across other enthusiasts I lend them whatever knowledge and advise I have. Who knows, maybe I'll even get back in the scene someday!